The adventure began in the second decade of the twentieth century when, after the end of World War I, five of the ten Galli brothers set up a small mechanical workshop and began building machinery and carrying out smith jobs. Europe’s geo-politics had changed, and the first years went by with daily difficulties overcome by the enthusiasm of those youngsters who, having experienced the trenches, saw new horizons opening up for them. The crisis of 1929 and the great depression hit hard, wiping out all the efforts made during the previous decade. And so it was that of the five original Galli brothers, only two decided to persist, and in 1934 they founded the I.M.V. Industria Meccanica Villasanta. The company immediately started making mechanical presses exclusively for a well-known merchant in Milan, who financed both the production and the company’s expansion, providing it in 1937 with a warehouse of approximately 500 square meters, double the surface area of the original workshop. It was August 1945 when Ambrogio, Alfredo’s younger brother, decided to leave the company and set up on his own. He was thus liquidated with tangible assets, and went on to found the “Ambrogio Galli”, while the I.M.V. di Galli Alfredo e Ambrogio became I.M.V. Galli Alfredo. After his brother’s departure, Alfredo found a valid hand in his children, which immediately shared with him the difficulties and struggles. First Carla, and then Giuseppe, they took over the various tasks, from accounting to production, up to the sales. In 1950 the workshop doubled its space. The “Italian economic miracle” started to kick in and, in 1955, the Galli family finally managed to redeem ownership of the real estate. After becoming both economically and commercially independent, I.M.V. rode the years of the economic boom, expanding its capabilities.

Thanks to the strong expansion of the automotive market, in those years the company increased its production of presses for heat applications, including of considerable size and power, as well as presses for deformation with cutting-edge technical solutions which at times seemed to be even ahead of the market, such as, for example, presses  of the DFCL series made between the 1960s and the 1970s with piston rods equipped with "plunger", which today is considered a strength of precision presses. The founder Alfredo retired at the end of the 1970s, leaving the second generation at the helm of the company. In 1980, a new 6,000-square meter plant was inaugurated to satisfy the need for additional space required by the increased production due to the expansion in the sheet metal shearing and deformation markets. Afterwards, I.M.V. made a name for itself in various sectors, from pots and pans to household appliances, from furniture to automotive components, up to the sintering of metallic powders, the number of press application multiplied. The 1980s were characterized by strong renewal; the massive entry of electronics changed the concepts in press design, production and use forever. I.M.V. GALLI ALFREDO has invested plenty of resources in technologies and people in order to deal with this challenge in the best way possible, with considerable improvement in terms of product quality and performances. The partners’ commitment and the family’s direct participation made the company competitive and solid, allowing it to overcome through the decades the natural selection resulting from moments of negative economic crisis in the mechanical sector, at both the national and international level. 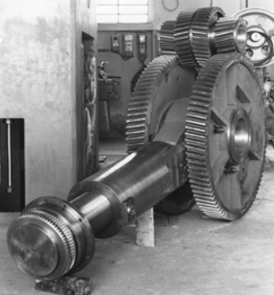 At the same time, the company played a part in the globalisation of the markets, exporting its machinery throughout Europe and all over the world. In 1998, a new generational shift occurred when the three brothers Galli Alfredo, Elisabetta and Lorenzo joined the company, which changed from a family-run business to a public limited company, also changing its name and brand. The strong competition and the increasingly complex supplies required new machinery with considerable capabilities.In 2005, the production facility was expanded once again with the addition of 3000 square meters, entirely dedicated to a new assembly department, equipped with lifting capacity of up to 200 tons and heights of up to 20 meters. The market changed once again and the customers, more and more demanding, requires the supply of complete “turn-key” moulding system, equipped with full automation and often with dies as well. This common need led I.M.V. PRESSE, together with complementary partners, to set up the group a team of companies called “Formitaly”. Thanks to decades of history, I.M.V. PRESSE s.r.l. will bring with it the experience it acquired and will pass it on to the new generation, along with new entrepreneurial and organizational ideas. 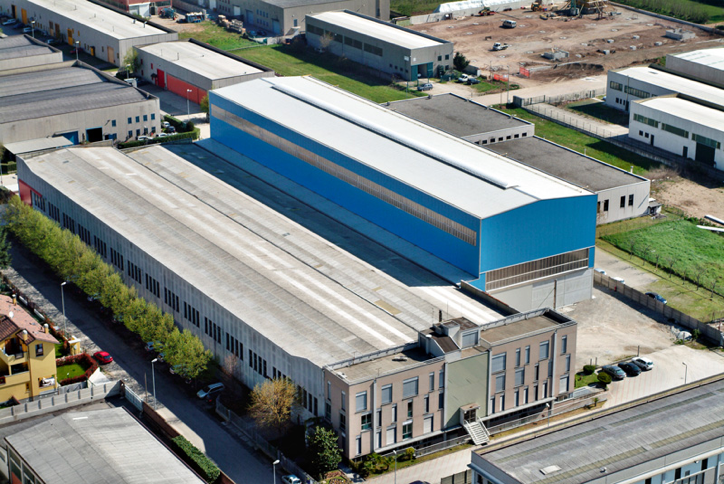